Creditsafe Adds The Republic of Cyprus to its Global Database

Creditsafe, announced today that it has added information on public and private companies in The Republic of Cyprus to its ever expanding global database. 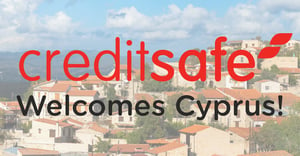 Cyprus is the third largest and third most populous island in the Mediterranean. Its economy is based largely on tourism and the hospitality industry, although light manufacturing and natural gas reserves also contribute significantly to the country's GDP. Cyprus is a member of the European Union and the Euro is its official currency. It boasts a very high standard of living according to the Human Development Index.


The Republic of Cyprus is the final country in the EU to be added to the Creditsafe database, with almost half a million business reports, and brings the total of countries with available on-demand data to 161. These reports provide customers with immediate online intelligence for many aspects of a company's key information including company name/address, industry code/description, negative data, payment behavior, shareholder information, and group structure.

Creditsafe's global database is one of the most rapidly expanding and comprehensive in the industry. Each day over 200,000 users around the world leverage the company's database to gather strategic, insightful business information. Creditsafe’s database is updated over a million times a day with information gathered from thousands of sources. In 99.9% of the cases, reports requested by customers are delivered instantly. Over forty percent of Credisafe’s customers, leverage the company’s internationally reporting capabilities.

Bridget Pearson is the Creditsafe USA US Product Manager where she is primarily responsible for the planning, development, and deployment of all functionality and data changes within the products on the Creditsafe web portal. Bridget has a background in product management across a variety of industries and is a ceaseless advocate for user focused solutions that turn customers into fanatical fans. Outside of work Bridget enjoys investing in her health and fitness, party planning for friends and family, or trying her hand at new hobbies like gardening and learning guitar.