Reduce your credit exposure by reviewing the financial status of your partners, suppliers and vendors

Enhancing existing applications with data from our international company database will give you direct access to company, director, financial and credit risk data through our API.

This score was created by combining macro and micro economic indicators, federal, state, and local data, and analyzing it in relation to real-time financial information to predict the likely disruption that a particular company will experience

Knowing that our reports are particularly valuable during turbulent times, we've launched a temporary program that gives all US businesses access (at no cost) to three initiatives designed to help them make more informed financial decisions

Learn how our highly predictive model uses the latest advanced statistical techniques to provide you with important insights into your current and future customers.

We currently have sales and marketing positions open in Allentown, PA and Santa Monica, CA.

How can we help you?

Join Creditsafe and Serrala for a four-part webinar series

Serrala and Creditsafe have partnered up once again!

Serrala is a global B2B fintech software company. They optimize the Universe of Payments for organizations seeking efficient cash visibility and secure financial processes. As an SAP Partner, Serrala supports over 2,500 companies worldwide with advanced technology, intelligent automation and personalized consulting. Their comprehensive end-to-end portfolio automates inbound and outbound payment processes as well as the management of related data and documents.

B2B fintech software company Serrala and Global Business Intelligence Experts Creditsafe have joined forces to bring you four webinars designed to show you how to better understand your customer, integrate your data, and manage your risk.

All of the webinars are completely complimentary and will be focused on discussing the topics with the audience, so be prepared to learn, ask questions, and build your professional knowledge.

This webinars for this series are as followed:

In a volatile economic environment, knowing who you are doing business with is of utmost importance. Strong data, business intelligence, and financial insights are the keys to understanding your domestic and international customers. In the first webinar of our series with B2B fintech software experts Serrala, we will explore: 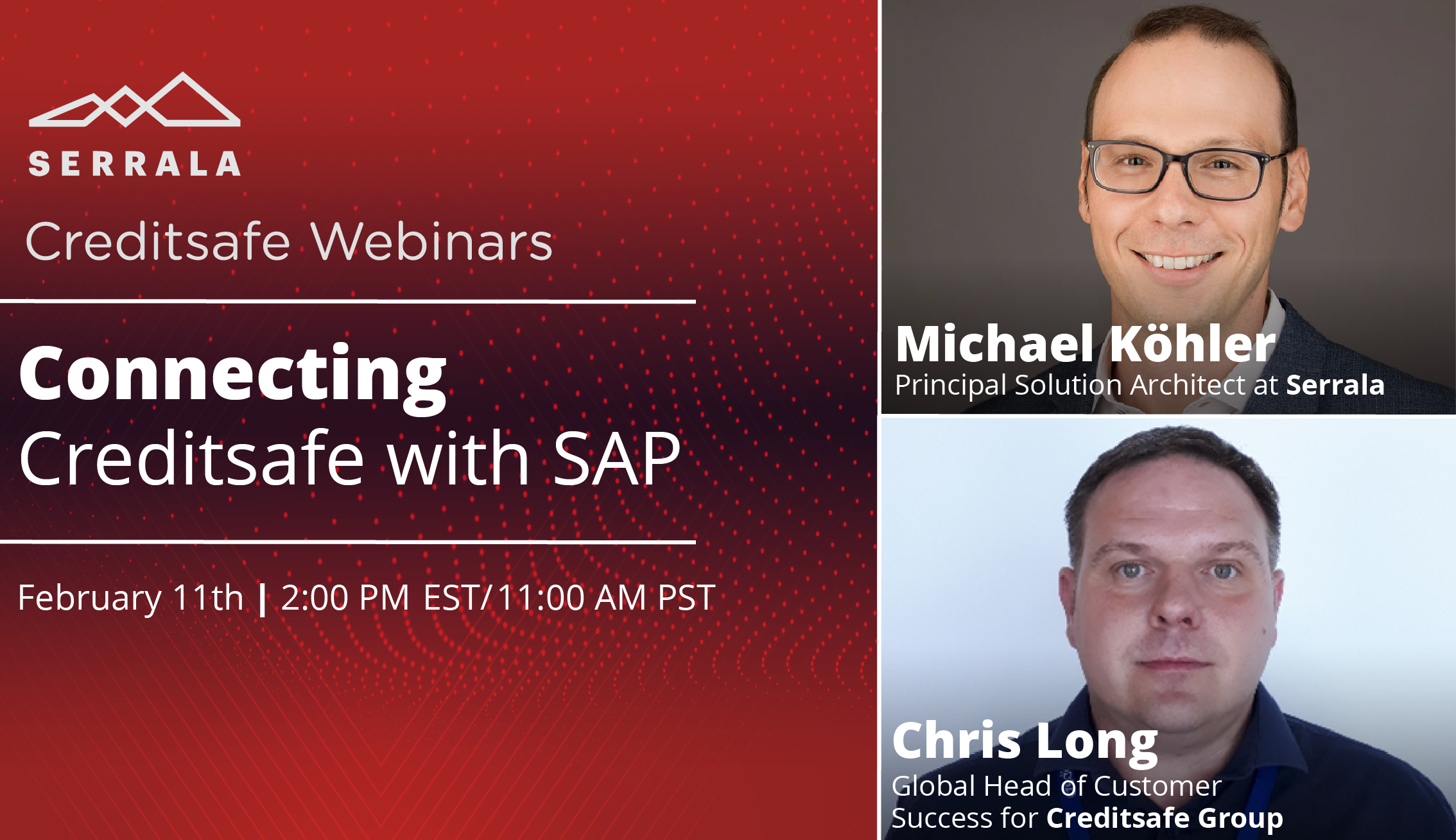 In the second part of our joint webinar series with global credit agency Creditsafe we discuss how you can integrate credit reference data directly into your SAP system. Thanks to intelligent integration valuable credit data is made available in real-time within your system for all your credit management follow-up processes: credit risk scoring based on internal and external data, determination of credit risk category and credit limits, and credit limit decisions and evaluations.

Find out how you can benefit from integration data from Creditsafe in SAP with an agile and flexible solution:

Assuring compliance and implementing proper credit risk management strategies are difficult in the best of times. In this webinar, we will discuss the best practices, common pitfalls, and tech advancements that can keep your company compliant and improve your overall financial risk management. This webinar will focus on: 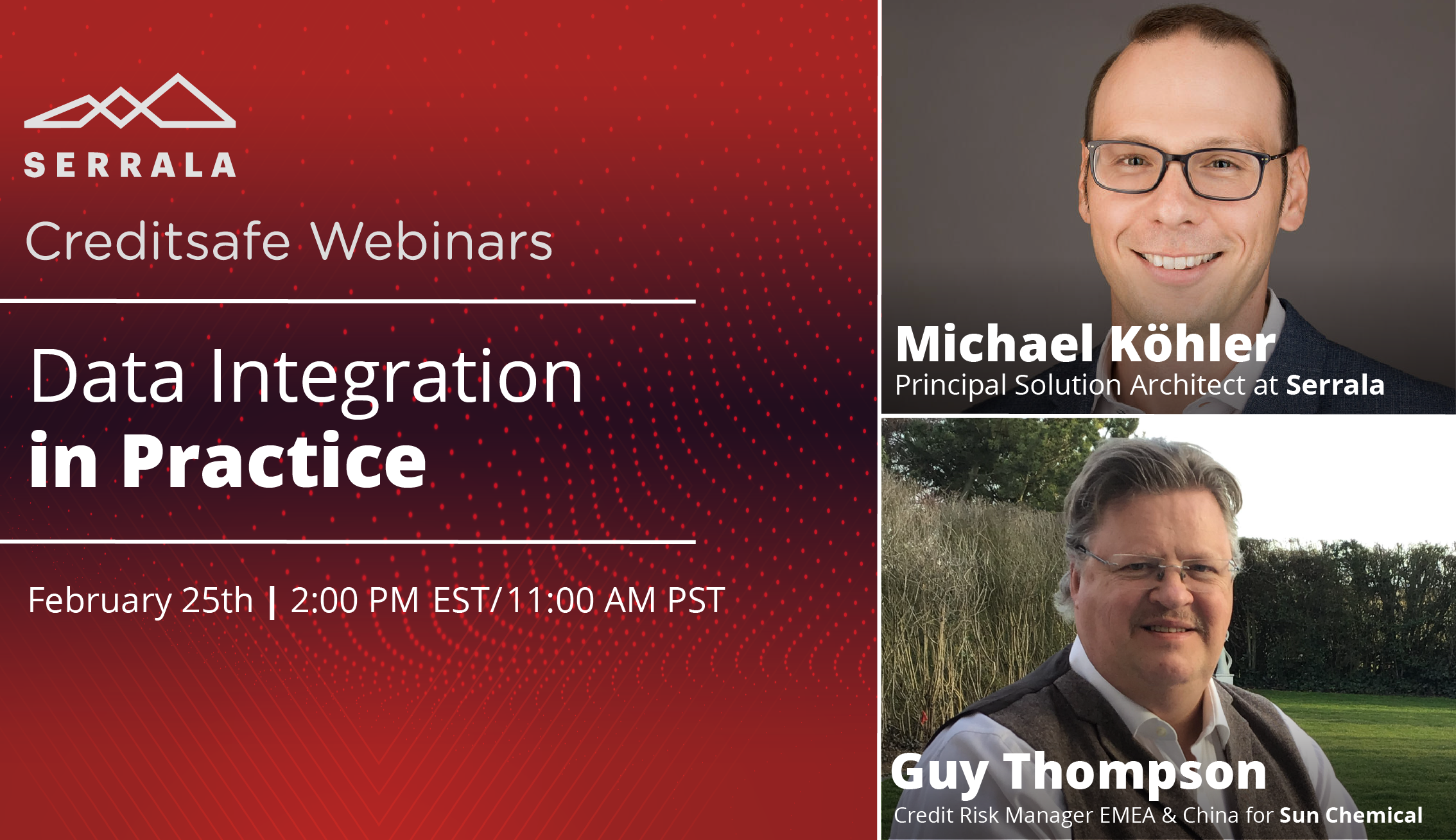 In the fourth, and final webinar of the series, a group of practitioners will be on discussing how each of them are working with data on a daily basis. Data integration has become a more important than ever for credit managers and those making credit decisions. With risk being at an all time high, it's key to have the most up-to-date and useful information available. Join in to learn: 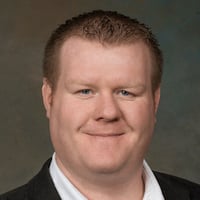 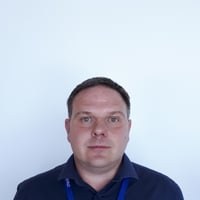 Mark Edwards is the Managing Director of Creditsafe USA and a registered Global Credit Professional with a history in business information. He has years of experience in portfolio management, credit and risk solutions, and business development. 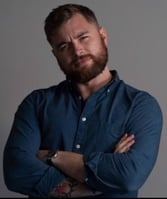 Chris Hutchings is Creditsafe’s expert on all things compliance and has been in the industry for 7 years. This ranges from identity verification to PEP and sanction screening. He carefully studied the new and existing AML and sanctions screening legislation to make sure our customers stay are ahead of the competition when it comes to AML or KYC. When not battling for compliance understanding Chris has compiled an impressive boxing record of 5-0.

Michael Kohler is a Principal Solution Architect with Serrala, a global B2B Fintech, creating more secure global payments capabilities for every enterprise. Michael has been working in the credit risk management field since 2009. His present and previous roles have given him unique insight into best practices in managing credit and compliance risks as well as collections operations for businesses of various sizes and industries. Michael has led and delivered a number of complex international solution implementation projects for global corporations around the world. In his current role with Serrala as a solution Architect, Michael's main focus is on analyzing organizations' needs around credit risk, compliance, and collections management and translating them into software solutions that are both user-friendly and aligned with the trends in an ever-changing environment. 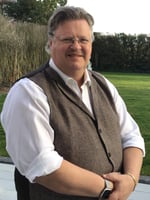 Guy Thompson studied Scandinavian Studies & Linguistics at University which, by his own admission, prepared him fully for a career as an underpaid academic. As this didn’t fit his lifestyle aspirations, he became an accountant!
It became clear early in his career that cash was the lifeblood of the business. You can have the best products, have huge sales volumes with eye-wateringly large margins but if the customers do not pay, then you quickly go bust – an interest in Trade Working Capital was born and led him to focus on Credit & Collections, something he has now been doing for nearly 30 years, latterly with SunChemical Group where he has been Head of Credit Risk EMEA & APAC for 15 years. Sun Chemical has partnered with CreditSafe for over 10 years and were one of the first Companies to embrace the concept of combining credit data directly into their SAP system using the CreditSafe Connect tool. Guy lives near Frankfurt, Germany with his wife, 2 of his 3 children and one crazy dog.

I have been at Creditsafe for 15 years and I am currently the Global Head of Customer Success, ensuring that our clients leverage the most efficient on-boarding process, can take advantage of our vast experience in integrations and API connections and have all the relevant support. I have personally on-boarded the majority of our largest customers including those that take advantage of our SAP based solutions. Prior to this role I headed up our efforts in CRM/ERP integration and have a wealth of experience of working to ensure Creditsafe data can be accessed within third party software such as SAP/Salesforce/Oracle etc 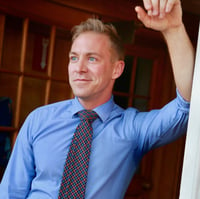